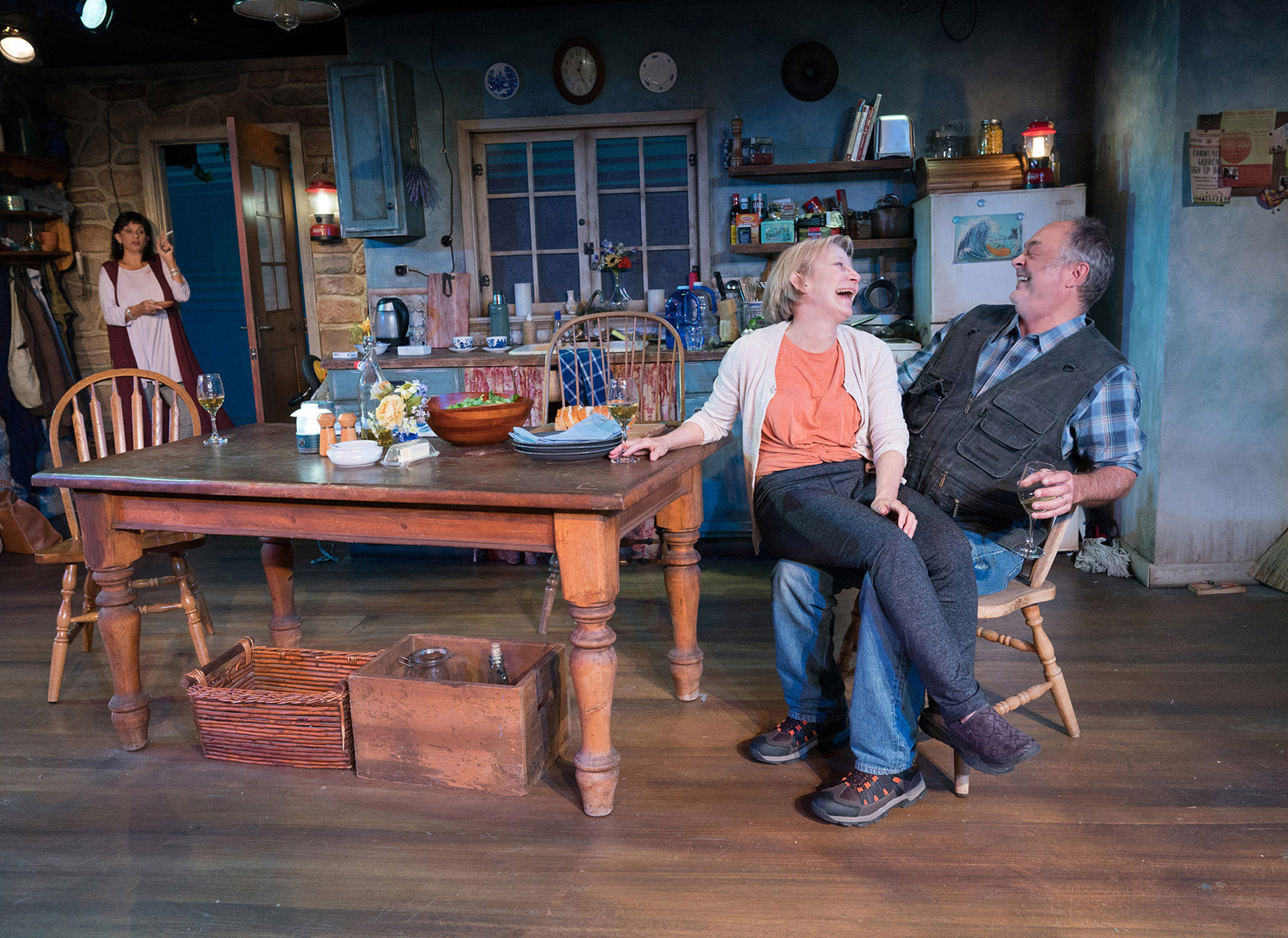 Under the keen direction of Simon Levy, The Children, by British playwright Lucy Kirkwood, is a fast-paced, kitchen-sink wonder with a special kick. Hazel (Lily Knight), and her husband, Robin (Ron Bottitta), are retired nuclear scientists who live just beyond the contaminated zone of a nuclear power plant that was destroyed by a massive tidal wave. She bustles about with domestic tasks dressed in a shirt, pants, and a sweater when Rose (Elizabeth Elias Huffman) makes an entrance. The reception is forced-friendly and cool. Rose is also a nuclear scientist. She is well-dressed and elegant. They haven’t seen each other in about forty years. The dialogue is ping-pong, non-stop, and the physical movement is ever on-going. And something smolders under the action.

Eventually Robin makes an appearance. He has been out tending to a small herd of cows. Robin is a powerful man and his entrance kicks up the action considerably. As in this play and in others I have seen, Ron Bottitta is a dominating force of nature on stage. Ms. Huffman as Rose, skillfully treads lightly over this domestic mine field, and keeps her revelations tightly within. Lily Knight is a whirlwind of domestic action and keeps a lid on her powerful emotions until they explode. In classical fashion, the action surges towards a climax and dénouement, leaving the audience exhausted and standing to their feet in a sustained ovation.