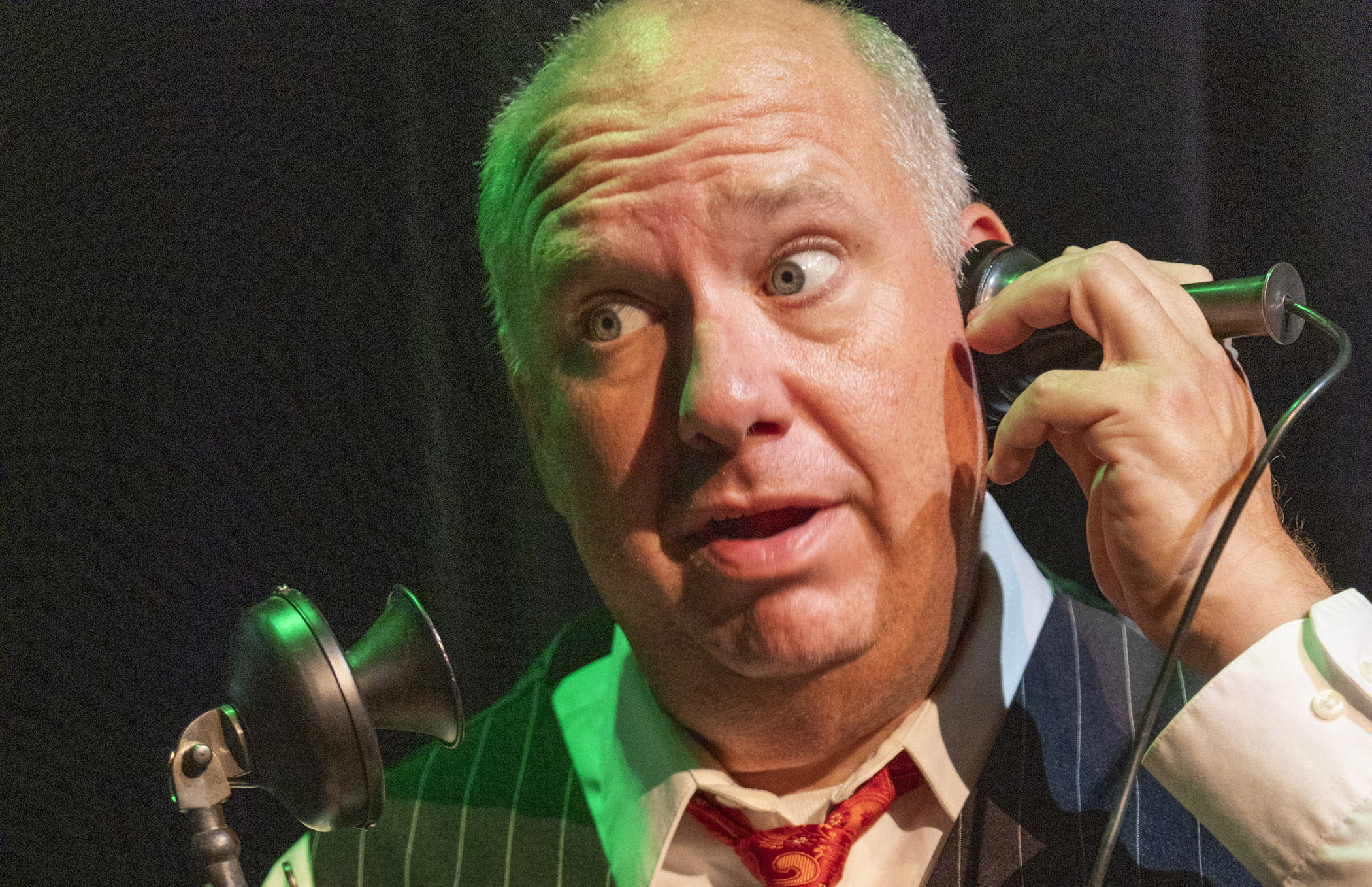 I imagine that modern up-to-the minute people have no idea about Archy and Mehitabel, a creation of Don Marquis, a columnist for The Evening Sun newspaper in New York City back in 1916. I seem to have some notion that I may have come across the characters decades ago. In the delightfully entertaining one-act play by Dan Gilvezan, The Secret World of Archy and Mehitabel, Archy is a literate cockroach, a creature that was once a human being and now is a person that sneaks into Marquis’s office and types messages on the newspaper man’s typewriter that looks very much like an 1916 Antique LC Smith No8 Desktop Typewriter. He is limited, naturally, having no fingers and virtually no weight, so he jumps on the keys to make an impression.

In the play, Marquis (the ideal Bill Chott) is perplexed to see messages in his typewriter and eventually catches Archy in the act. They come to a kind of rapprochement, if not exactly a bond. It’s a play so of course actors assume the characters. Archy (the excellent Dan Gilvezan, who carries the show) has an ongoing relationship with the alley cat, Mehitabel (the svelte, glamorous, and feisty Carolyn Hennesy), who has had relationships with all kinds of partners over millenniums, and claims to have been Cleopatra.

Adorable Kelly Stables takes on multiple roles such, as for example, a mayfly who runs around the stage in gleeful desperation to mate before the day is done. Richard Horvitz also plays several roles. My favorite there was his turn as an aging cat who pals up with Mehitabel.

Under the direction of Moosie Drier, this cast is utterly superb, and wonderfully entertaining.

Special notice goes to the terrific Dan West, who performs his own original ragtime score from the moment the audience enters, with incidental music throughout the play until the end of the show. Simply marvelous!

Don’t let this smash show escape you. See it!

The Secret World of Archy and Mehitabel runs through October 15