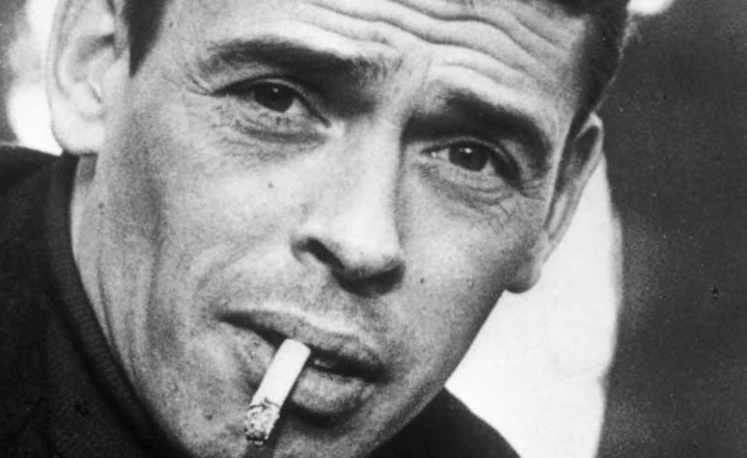 It is beyond question that Jacques Brel was one of the greatest singer/song-writers of the Twentieth Century. Put him right next to Edith Piaf for passionate, dramatic performances in the French chanson tradition, with songs that echo in the mind and memory. He rose steadily from obscurity in the early 1950s to world-wide fame in the 1960s and 1970s before flaming out too young from lung cancer at the age of forty-nine.

Jacques Brel is Alive and Well and Living in Paris, a musical revue created by Eric Blau and Mort Shuman, features well over twenty of Brel’s greatest songs delivered by a quartet of performers. The show opened off-Broadway in the tragic year of 1968 and continued to packed houses for over four years. The show and the cast album brought American audiences to an appreciation of Brel’s genius.

The Odyssey Theatre Ensemble production of “Jacques Brel…” boasts an ensemble of four singer/dancers — Marc Francoeur, Susan Kohler, Miyuki Miyagi and Michael Yapujian — who sing with urgent, powerful emotion songs of love and loss, such as “Fanette” led by Mr. Yapujian, and the searing, tragic multi-lingual lament, “Marieke” rendered with exquisite passion by Ms. Kohler. There is plenty of black comedy in the show as well. Mr. Francoeur scores with “Funeral Tango,” a song that features a corpse rising from the coffin to complain about the feckless funeral goers at his wake. There are other songs of giddy gaiety that point up the absurdity of the human condition. Ms. Miyagi, a performer with eye-catching charisma, powers through the wryly upbeat number, “Brussels,” right through to the kick-in-the-gut end. And Mssrs. Francoeur and Yapujian have a blast with the satirical song, “The Middle Class” (Les Bourgeois). The show climaxes with an urgent, powerful rendition of Brel’s anthem, “If We Only Have Love,” a song to stir the soul.

Imani Alexander and Dara Weinberg have given the cast plenty of busy, energetic choreography, which is executed with eager precision. The amount of energy expended, especially in the beginning of the show, verges on frenetic. The pace relaxes a bit as the show progresses and I suspect that as the cast settles in over the run of the show, they won’t have to push quite so hard.

Jacques Brel is Alive and Well and Living in Paris is produced by Ron Sossi in association with Gloria Levy, with fast-paced direction by Dan Fishbach, who gets the most out the emotional content of the show. Anthony Lucca leads an impeccable band— bassist Cyrus Elia, percussionist Conor Malloy, guitarist Max Wagner, and percussionist Ryan McDiarmid. The creative team includes scenic designer Alex Kolmanovsky, lighting designer William Adashek, and costume designer Denise Blasor.

Jacques Brel is Alive and Well and Living in Paris runs through Aug 27 at Odyssey Theatre, 2055 S. Sepulveda Blvd. in Los Angeles.