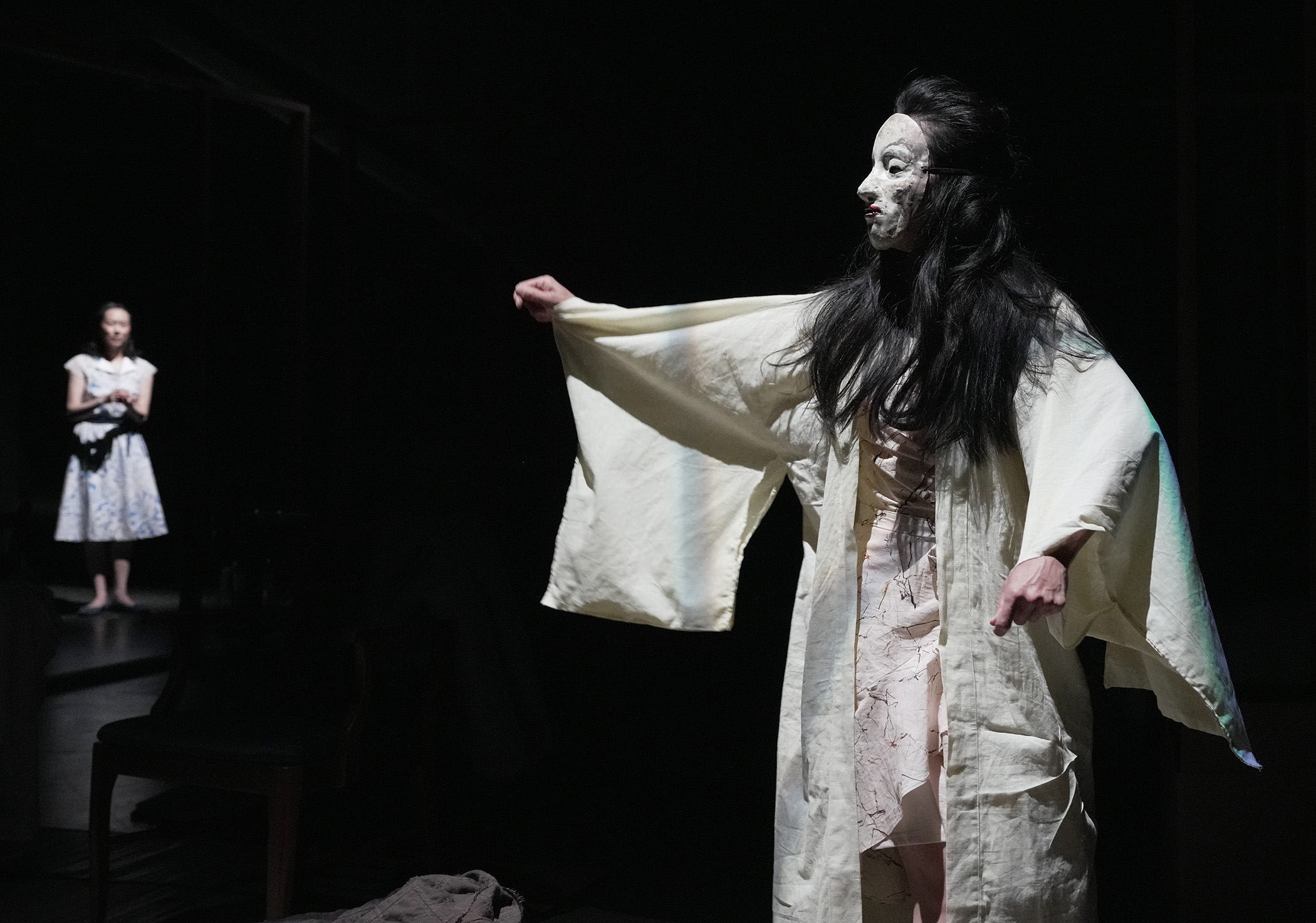 There is a certain mystery when Tomoko Karina as Himiko, the key character in the revival of Velina Hasu Houston’s play Tea, makes a dramatic, ethereal entrance gliding across the highest walkway in the Rosenthal Theater and down the stairs to the stage floor. She enters into the set, which is a cunning representation of a house, stripped bare of walls and only wooden studs to frame and delineat the action of the play. She addresses the spirits of her dead family, her mother, her daughter, and husband, then, in a shocking moment, shoots herself with a pistol. Himiko was a Japanese war bride living in a rural town near an army base and married to an abusive husband.

Four other war brides come to the house to pack it up and to have tea. Not necessarily as a ritual, but a way to come to grips with Himiko’s fate, and, for that matter, the realities of their own status as women who are alien and racially different. The five women are double cast. In the version I saw, Chizuye is played by Elaine Ackles, who seems confidently assimilated and somewhat scornful of her companions. Setsuko (Hiroko Imai), a recent widow, has a kindly demeanor. Atsuko (Hua Lee) has a scornful, high-falutin attitude. Teruko MacKernzie (Olivia Cordell) is married to a white man.

As the four women pack up and tidy the place revealing themselves and their personalities, the dead Himiko is reminiscent of a Shakespearean Chorus commenting on the action. Tea is filled with touching moments throughout that culminate with the ritual of the tea which makes a satisfying dénoument that was touching enough to moisten my eyes. Himiko exits the way she came in, coming out of the three-sided set and regally ascending the stairs as the the lights slowly faded.