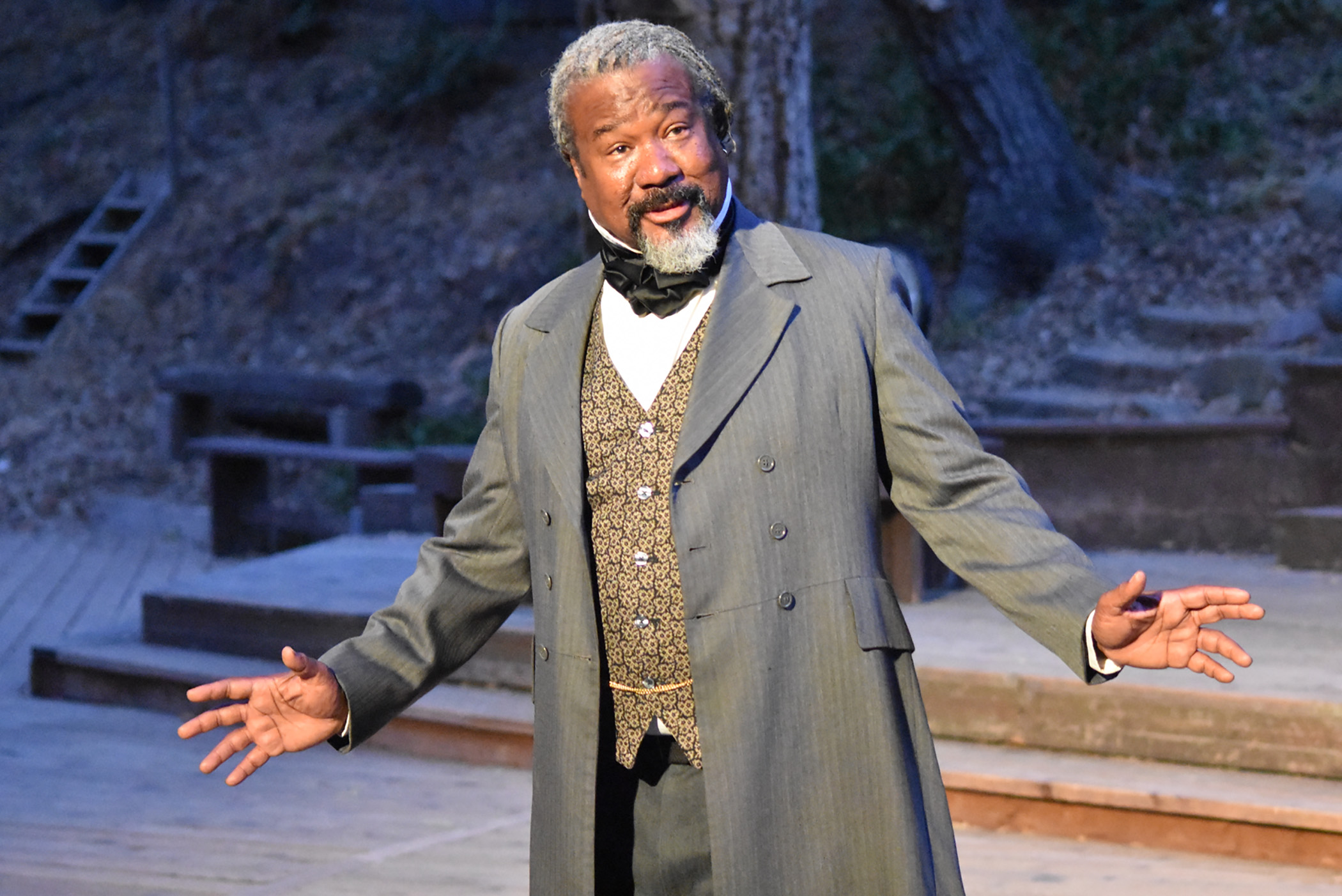 Among other interests as a teenager, I was something of a book worm who loved history. I ordered Winston Churchill’s six volume history of the Second World War and plowed through quite a bit of it, and I loved William L. Shirer’s “Rise and Fall of the Third Reich.” My love of history was rekindled in 1974 when I was lucky enough to be cast in the chorus of the Broadway show “Shenadoah.” The show is set in the Civil War and I scurried down to Barnes and Noble and bought Shelby Foote’s massive, brilliant three volume history of the Civil War. I read quite a lot of it when I was off stage.

I just now pulled the volumes from my little library to see if the author mentioned the story of Robert Smalls. He didn’t. Theatricum Botanicum has corrected that oversight with the production of Trouble the Water, a stage adaptation by Ellen Geer of the 2019 award-winning historical novel by Rebecca Dwight Bruff.

The play has a large cast and a story that travels over time from before the Civil War and ends well after Reconstruction.The story is narrated by Smalls as his older self played by Theatricum company member Gerald C. Rivers, who leads and directs and the large cast.

The sweeping story begins with Smalls as a well loved young boy nicknamed Trouble played by Terrence Wayne, Jr. who is a house slave in the home of Henry and Jane McKee (Alistair McKenzie and Robyn Cohen). Throughout the play, the grinding plight of slaves is made as explicit as the theatrical bounds allow. The events of cruelty are searing and powerful in gut wrenching episodes. The many joys of life are also enacted in moments that touch the heart and moistens the eyes.

It is astonishing to me that Robert Smalls’ fame is so little known. His achievements certainly weren’t taught in my high school. So here it is in brief. As a dock worker in Charleston Harbor who was well acquainted with ships of the time, Smalls loaded friends and family onto a Confederate warship, stole and sailed it through the Confederate lines and delivered it to the Union Navy. He gained fame and was presented to Abraham Lincoln. He became a politician, serving in South Carolina and the U. S. House of Representatives.

The creative team for Trouble the Water includes lighting designer Hayden Kirschbaum; sound designer Marshall McDaniel; costume designer Yuanyuan Liang; and prop master Dante Carr. Kim Cameron is the production stage manager. Trouble the Water is supported in part by the National Endowment for the Arts and the City of Los Angeles Department of Cultural Affairs.
The title Trouble the Water comes from the African American spiritual, Wade in the Water.