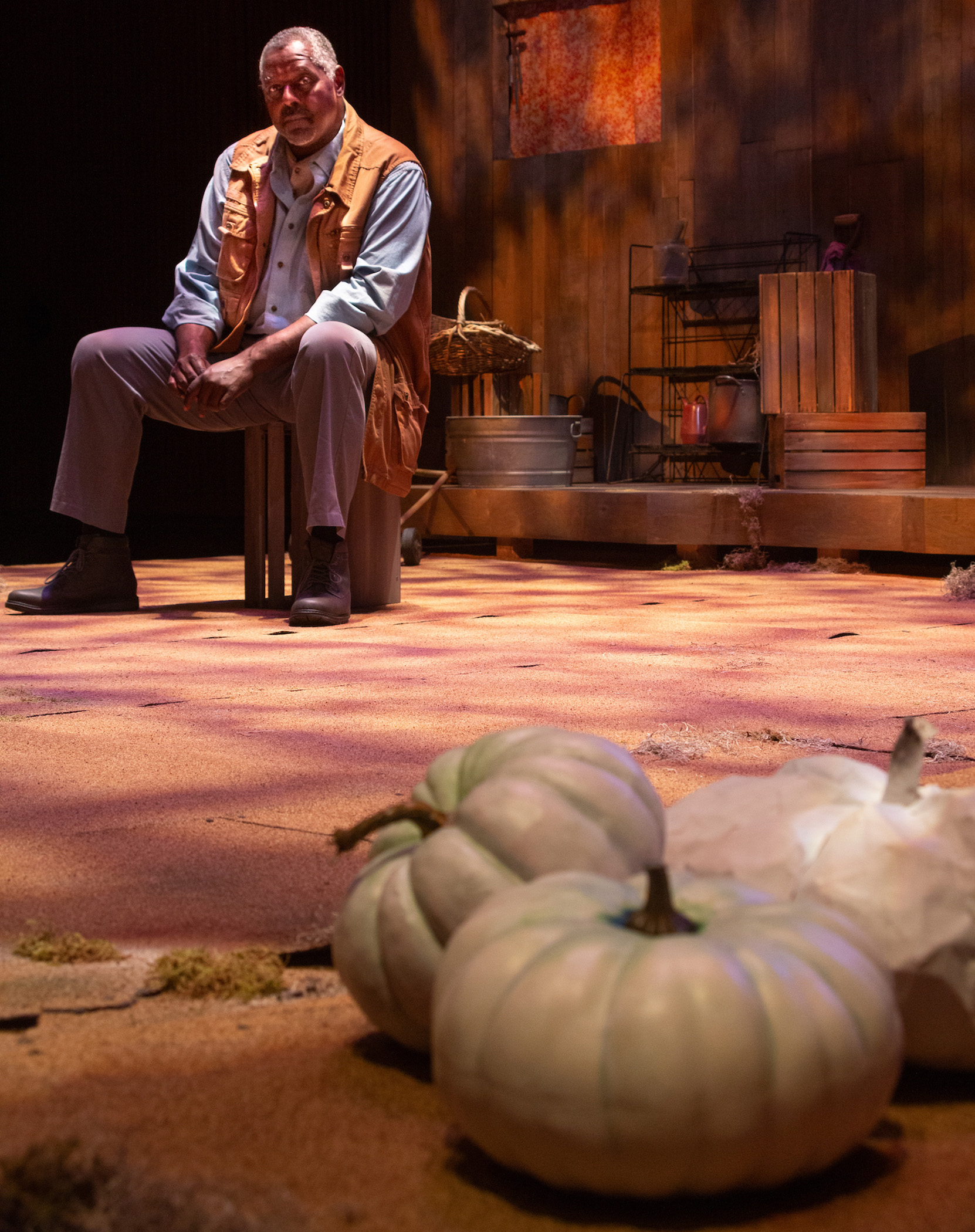 When I was living the life of a working Broadway actor back 1974, I had the benefit of seeing shows on Mondays when theatres are usually dark, a perk of being an Actors Equity member. Among other shows, my wife and I got to see was the glorious “Chorus Line.” Another show that knocked me out was Athol Fugard’s award winning Sizwe Banzi is Dead and The Island. So when the the great South African’s 1994 play Valley Song came up at International City Theatre in Long Beach, it was de rigueur, I had to go.

Valley Song is an unusual two-actor, three-character play. Set after the fall of apartheid in 1994, the elderly pumpkin farmer, Abraam Jonkers, (Michael A. Shepperd), “Buks” as he inknown in the village, lives with his seventeen year old granddaughter, Veronica (Belle Guillory). The house and farm they have occupied their entire lives is not strictly speaking owned by them. Buks take joy in his life as a farmer and and with the company of Veronica. But Veronica is ambitious and yearns to flee to the big city of Johannesburg to fulfill her desire to become a singer. Although they clearly love each other, the two at odds, both are determined to have their own way. Buks can’t bare the loss of his granddaughter and she can’t bare to live her life with her grandfather in a poor village.

The complication comes in the form of the “White Man” (the double cast Michael A. Shepperd), who wants to buy the house and farm where Buks has lived all his life. Shepperd and Guillory give their all with tour-de-force performances.

Valley Show is simply staged by director caryn desai and benefits by the scenic design of Yuri Okahana-Benson that consists of a suggestion of a small house upstage with two platforms, boxes for chairs, and some white pumpkins down left. The show is enhanced by the incidental music of Didi Kriel and the creative staff of lighting designer Crystal R. Shomph, costume designer Kim DeShazo, sound designer Dave Mickey, prop designer Patty Gordon Briles, and hair and wigs designer Anthony Gagliardi. The stage manager is Sarah Dawn Lowry.